The following is an excerpt from the new book, “The FIFA World Cup: A History of the Planet’s Biggest Sporting Event” published by Rowman & Littlefield.

Italy were favorites to advance out of Group 1, but not all went according to plan. The Azzurri got off to a very slow start, opening the group on June 14 with a scoreless draw against Poland at Estadio Municipal de Balaídos in Vigo and a 1–1 result versus Peru four days later at the same venue. It was an inauspicious start, and with just two points it seemed Italy’s chances of advancing had been severely diminished.

The Italians entered the tournament dogged by controversy. Italian journalists and fans had criticized manager Enzo Bearzot for their country’s poor start and blamed much of it on his reliance on Paolo Rossi. The diminutive striker had managed 13 goals for Perugia during the 1979–80 Serie A season. It was during that season, however, that Rossi was implicated in the now infamous 1980 match-fixing scandal known in Italy as Totonero. As a result, Rossi was banned from playing for three years, although the punishment was later reduced to two. As a result, Rossi had missed the 1980 European Championship, where Italy finished fourth on home soil. Despite the ban, Rossi, who signed with Juventus once his ban ended, claimed to be innocent of any wrongdoing.

Bearzot, his trademark pipe clenched between his yellowed teeth, had gambled on a young Rossi at the ’78 tournament in the center for- ward role, a move that had paid off. In Spain, Rossi was unable to score in his first two games—the lone goal after that pair of matches coming from Bruno Conti. Poland won 5–1 against Peru on June 22 at Estadio Riazor in La Coruña, putting them temporarily into first place. The Italians faced Cameroon in their final group game the following day, where a draw would put them through since they had a better goal differential than the Cameroonians. In other words, another draw would work, but the Italians were a much better side, and a win would certainly have staved off criticism.

“The tension and the fear were there,” captain and goalkeeper Dino Zoff recalled. “There was the fear of not advancing.”

The Azzurri, under the psychological weight of it all, continued their poor form. A scoreless first half left Italian fans disgusted, but a goal in the 60th minute from striker Francesco Graziani off a beautiful cross from Rossi temporarily quelled the criticism. The 20,000 in the stands cheered the goal, but even before they could take their seats, the Indomitable Lions equalized a minute later. Despite featuring Zoff in goal and a defense that had Claudio Gentile and Gaetano Scirea, midfielder Grégoire M’Bida, just a few yards in front of the goal, blasted the ball past Zoff.

The Italians hung on for a draw and were through after finishing second to group winners Poland, a team inspired by the brilliant play of Zibi Boniek. Their hopes remained alive, as did the criticism. After three lackluster draws, Bearzot announced a silenzio stampa (Italian for “press silence”) in an effort to isolate himself and the players from the press. Cameroon, meanwhile, had gone undefeated, but they were going home early after doing Africa proud.

The 12 remaining teams were placed in four separate groups. Each group would be assigned a host city and serve as a three-game mini-tournament. The four winners of each round-robin group advanced to the semifinals. Total points would determine the semifinalists, with the first tiebreaker being goal differential.

Group C, which would be hosted at the Estadio de Sarrià in Barcelona, was the ultimate “Group of Death” with Brazil, Italy, and Argentina. The hosts ended up in Group B, which took place at the Santiago Bernabeu in Madrid, with West Germany and England. Meanwhile, Groups A (Poland, Belgium, and the Soviet Union at the Camp Nou in Barcelona) and D (France, Austria, and Northern Ireland at the Vicente Calderón in Madrid) guaranteed that at least three European teams would be represented in the semifinals. For all of FIFA’s attempts to enlarge the tournament and provide spots to nations from outside Europe and South America, the game continued to be dominated by those two continents.

Group C, the toughest of the four second-round groups, saw Italy open things up on June 29 versus Argentina. What ensued was a brutal contest as Gentile hacked away at Diego Maradona’s tree-trunk legs, putting him out of the game. The Azzurri, meanwhile, got goals from Marco Tardelli in the 57th minute and another from Antonio Cabrini 10 minutes later to win the game 2–1.

“Everyone remembers how Claudio Gentile marked me when we played against Italy in the second round, on 29 June in Barcelona. We lost 2–1 and he only got booked for it,” Maradona recalled in his book Maradona: The Autobiography of Soccer’s Greatest and Most Controversial Star. “But, of course, people only remember the result. In Italy, many years later, Gentile admitted to me that his game had been to stop me from playing: every time I tried to receive the ball he’d be snapping at my ankles. I could hardly move or turn around and he didn’t even get sent off. It wasn’t Gentile’s fault, that’s his job; it was the ref ’s.”

Argentina’s do-or-die game against Brazil on July 2 ended with a 3–1 win for the Seleção. Goals from Zico, Serginho, and Léo Júnior sealed a comfortable win for the Brazilians as Maradona’s tournament ended in acrimony after he was given a red card with five minutes remaining in the game following a retaliatory kick against second-half sub Sergio Batista. Three days later, Italy and Brazil—in a rematch of the 1970 final—met for a spot in the semifinals. The much-maligned Rossi put on a master class that afternoon, netting a now memorable hat trick to lift the Italians to a 3–2 win. It had been an enthralling match, with the Italians taking the lead twice, only to see the Brazilians tie it up. But the Brazilians had no response to Rossi’s goal in the 74th minute, and the Italians were through to the semifinals. This Brazilian team is still remembered as the best team to have never won the World Cup. 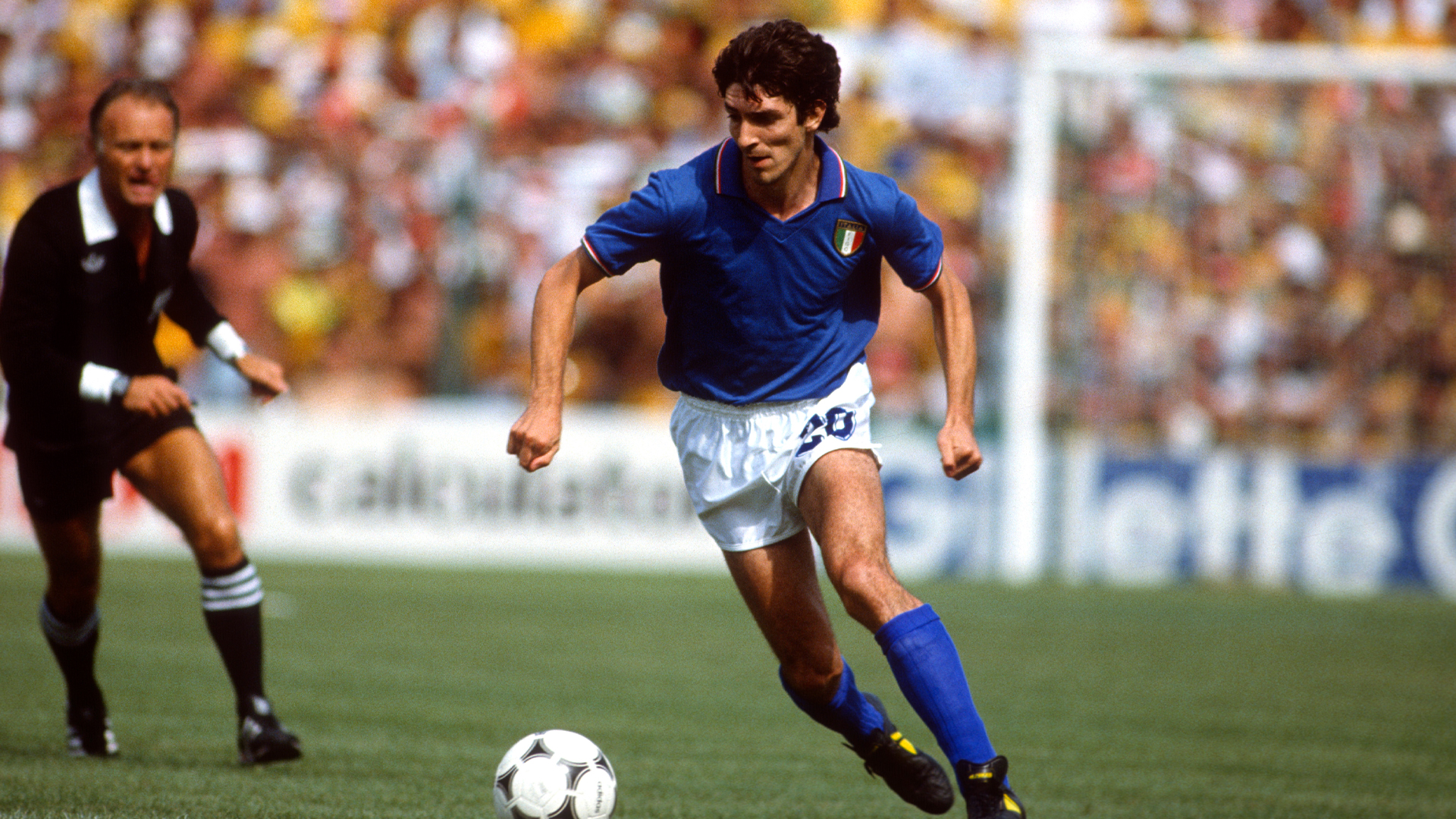 The Italians, transformed after their win against Brazil, came into their semifinal clash against Poland on July 8 energized. So, too, were the 50,000 inside the Camp Nou. Their constant cheering served as the soundtrack to a game that pitted two of the most in-form teams at the tournament. Boniek, who had received a yellow card in the second round, was suspended for this match. The Poles would be forced to reorganize their attack given the star striker’s absence. The Italians, meanwhile, were without the suspended Gentile, meaning their backline would lack some aggressive defending.

The 93-degree heat favored no one, although the sides had previously met in Group 1. Unlike that match, this one could not end in a draw. Rossi, who was now in top form, made sure of that, putting Italy ahead after just 22 minutes. The Azzurri’s ability to shut down their opponents defensively, then quickly attempting to score on a counterattack, had worked. Rossi had returned to the form seen at the 1978 World Cup. But Rossi wasn’t about just scoring goals. He was seeking redemption and trying to get Italy to the final. Ever opportunistic in the box, Rossi doubled the score in the 73rd minute to put the Azzurri in the final.

The 90,000 that packed into the Santiago Bernabeu on July 11 watched as Italy and West Germany contested the final. The first half ended scoreless, highlighted by Cabrini missing a penalty kick wide to the right of Schumacher’s goal. It was the first time a player had missed a penalty kick in a World Cup final.

The missed kick would have caused weaker teams to wilt. Not the Italians. “Naturally, something like that can upset the player and also the team,” Bearzot told reporters afterward. “But, if you notice, our players were very supportive of [Cabrini] and we pulled together.”

In the second half, it was Rossi who put Italy ahead after 57 minutes. In fact, he scored his tournament-leading sixth goal, heading in from close range off a well-executed Gentile cross from the right to beat Schumacher. Bearzot’s men, masters of the counterattack, ran West Ger- many ragged for much of the game. 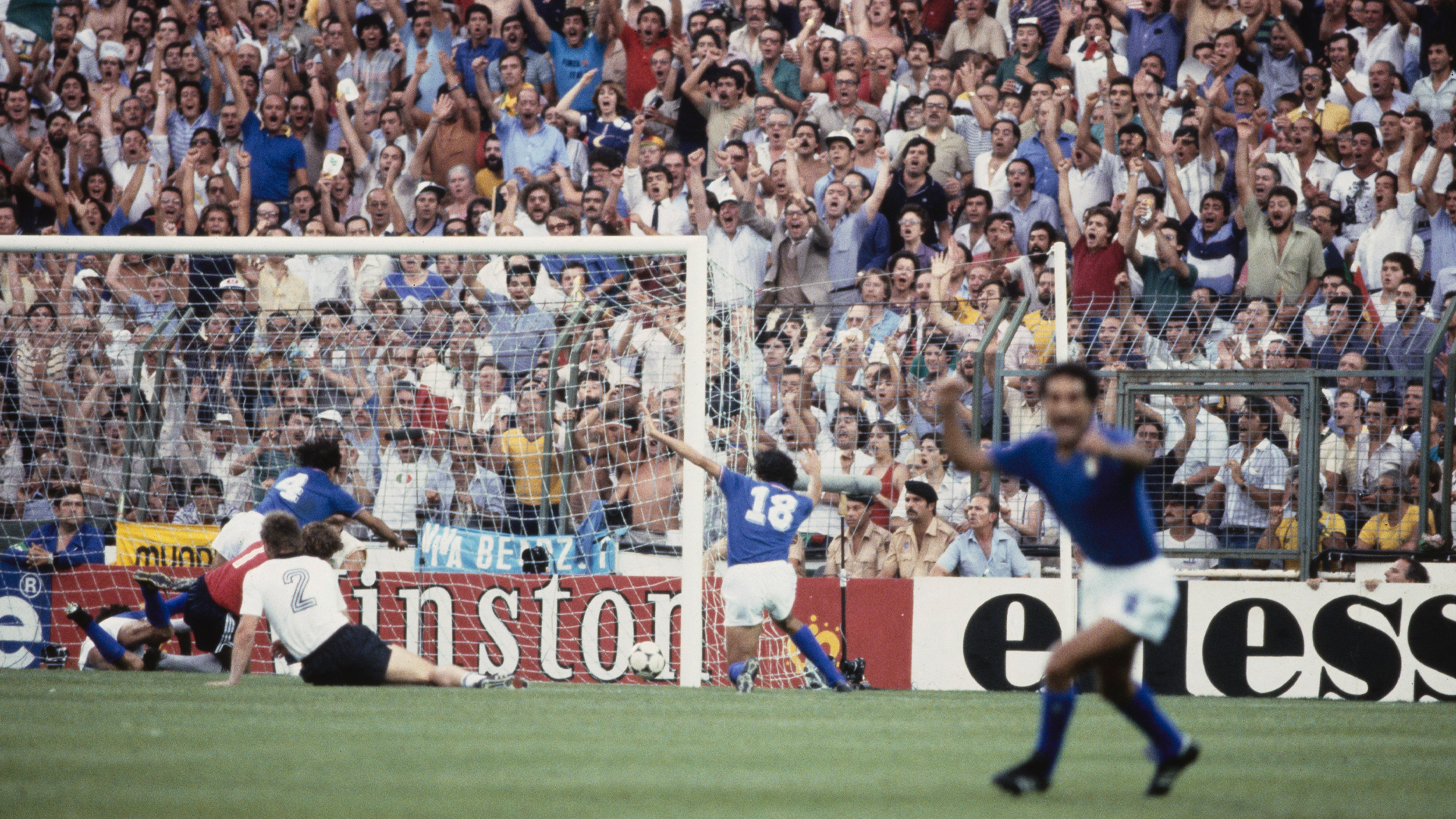 It was that ability to create offense that led to Italy’s second goal. Spanish fans began to chant “olé, olé” as the ball moved from one Italian player to another. It was during that sequence that Marco Tardelli scored from the edge of the box from about 30 yards out with a low, left-footed shot in the 69th minute to make it 2–0. The West Germans, out of steam and ideas, couldn’t stop the onslaught as Alessandro Altobelli, at the end of a counterattack by the speedy Bruno Conti, made it 3–0 nine minutes from the end.

The Italians, after such a slow start at this tournament, had defeated Argentina, Brazil, and Poland to reach the final. Once there, it was with relative ease that they swept aside the West Germans, tired from their marathon semifinal against France. “Our team could not play our best because of that late game,” manager Jupp Derwall told reporters. “I knew it was better [Karl-Heinze] Rummenigge play at the start, and I felt his injury would cause pain later and I would take him out.”

Paul Breitner scored a consolation goal for West Germany in the 83rd minute, firing a low shot into the net to Zoff ’s right. But Italy had been the superior side when it mattered most at this tournament. Rossi was named the tournament’s best player, the first time such an award had been handed out. He became an international star in the process and a symbol of success for many Italians, especially the millions living abroad. Italy’s win had ultimately been a team effort and an unlikely one after such a poor start. King Juan Carlos of Spain presented the golden trophy to Zoff, and after 44 years the Azzurri were once again crowned world champions.

“The FIFA World Cup: A History of the Planet’s Biggest Sporting Event” is available for sale at Amazon and wherever books are sold. 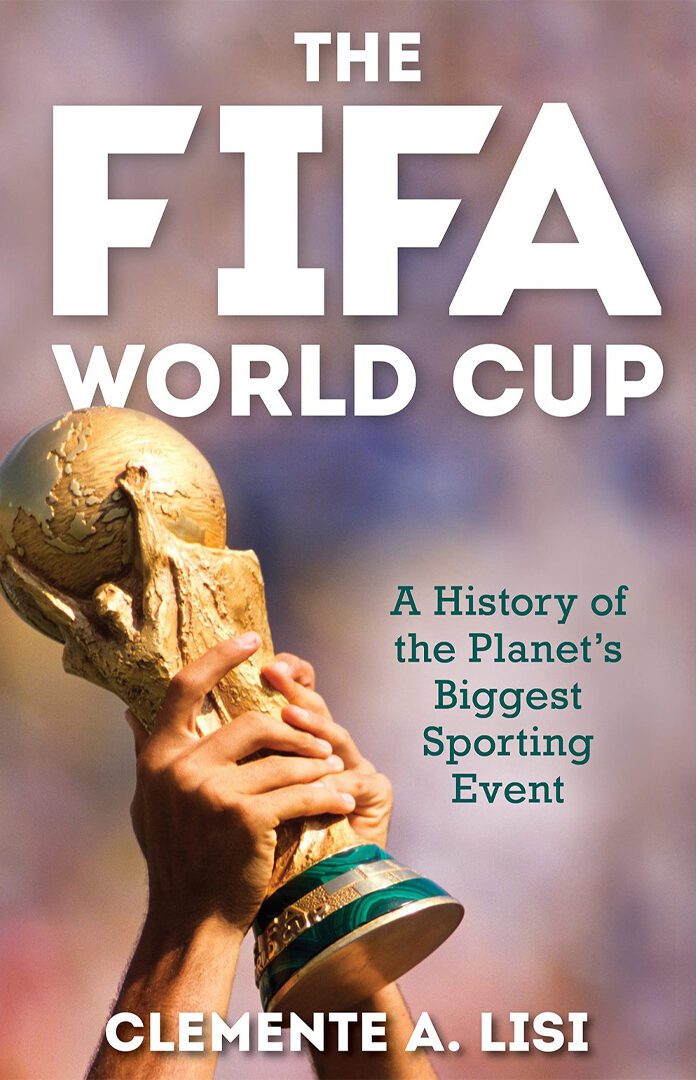