The Top Places to Ski in All of Italy by Region 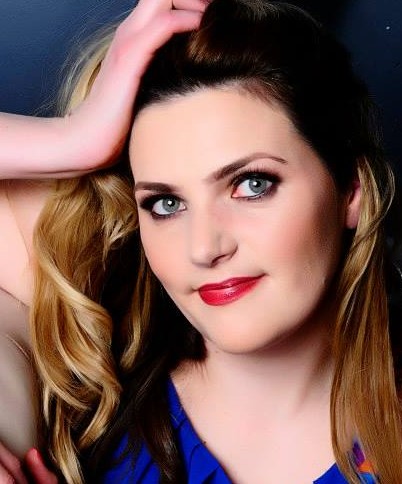 With skiing possible in (almost) every region in Italy, you can look forward to 3586 miles of slopes and, fortunately, 1801 ski lifts to take you to the heady heights of Italy’s mountain tops. Skiing in Italy tends to conjure up images of the Dolomites and Italy’s far north. But did you know that in Southern Italy, there are 216 miles of slopes and 130 ski lifts serving the ski resorts?

From Sicily (yes, really) to the Alps, here’s our guide to the best Italian ski resorts throughout the regions.

Vacations in Sicily expand beyond sunbathing and gelato. There are three ski resorts on the island and 13 miles of slopes. Sicilian resorts are ideal for snowboarders, snowfall, and après-ski. Where else can you ski while looking at the sea sparkling on the horizon?

On Mount Etna, snowboarders glide over ancient lava rivers, avoiding the sharp points of the black rock emerging from the snow. Even the chairlift provides a unique experience as columns of ash rise between rumblings of the earth. Ski enthusiasts looking for something different and brave mountain lovers will be hard-pressed to find an experience as memorable. Only an active volcano like Etna, the highest in Europe, can provide such an adventure.

There are two ski areas on Mount Etna. The most accessible resort is Etna Sud, which falls in the municipality of Nicolosi and has an altitude range of 6266 to 8595 feet. The resort of Mount Etna Nicolosi is higher and offers more vertical than the northern resort of Linguaglossa. Etna Nord is the most beautiful side of the volcano, but it is further from the big cities. This site remains covered with snow for a long time, sometimes even until late spring. You can find simple slopes suitable for children, and a ski school.

There are four ski resorts in Sardinia. As there are no glaciers on the island, no perennial snow, and no snow cannons, the opening of ski lifts depends on the amount of snow.  The resort of Bruncu Spina is in Fonni and is the most important winter resort in the region. The ski resort consists of three tracks plus one off-piste for a total of just under two miles. In addition, the ski resort has two ski lifts that reach 5971 feet above sea level. Another small, fully equipped winter resort is in S’Arena, on the slopes of Bruncu Spina. Here you can rent all the equipment you need for skiing. Other resorts include Mount Spada and the village of Separadorgiu.

Calabria is at the toe of Italy's boot and one of the country's least-visited regions. Visit during the winter, and there are 31 miles of slopes. The ski resorts are served by 13 ski lifts. Skiers come to Lorica because it is one of the largest, with over 12 miles of slopes. It is the highest resort in the region, with an altitude of 6158 feet. With six miles of blue-marked runs, four miles of red and almost two miles of black runs there is something for everyone. The less steep hills are popular with families and beginners. More experienced skiers and snowboarders love the more challenging runs.

The ski resort of Palumbosila stands on the slopes of Mount Gariglione, on the border with the Calabria National Park, and overlooks Lake Ampollino. Over half of the slopes are rated easy, with the rest ideal for intermediate skiers.

Palumbo Village is on the slopes of Mount Gariglione, and winter activities include an ice rink, ski and snowboard school, as well as snowmobiles providing excursions. For chalet-style ski accommodation, Hotel Palaghiaccio is highly rated in the area.

It’s an area of forests and mountains, and for this reason, this region offers a wide range of ski resorts, including Montagna Grande di Viggiano, Monte Sirino, and Sellata. Montagna Grande di Viggiano is a resort located in the Apennines at an elevation of 3608 feet, with three miles of marked downhill runs and three ski lifts catering to a variety of abilities. It’s affordable too, with a ski pass costing €18 ($19). Skiing here is at a low altitude, so snow cover can be variable. The resort offers some good snowboarding opportunities.

In Abruzzo, there are 152 miles of slopes to discover and 93 ski lifts to take you there. One main resort in the region is Alto Sangro—Roccaraso/Rivisondoli, with 56 miles of slopes. It is a large resort with 24 cable cars and ski lifts. This traditional hillside village hosts three separate ski areas in the mountains. There is a good mix of ski conditions and gradients, and the highest snowfall arrives in January with a snowfall average of 53 cm. The resort caters to experienced skiers, with 33% of runs classified as advanced and 27% as expert runs. There is a huge modern hotel complex at Aremogna with doorstep skiing.

The ski resort Campitello Matese in the Province of Campobasso is the most well-known in Molise. For skiing and snowboarding, there are over 12 miles of slopes and five lifts. The winter sports area sits between the elevations of 4648 and 6141 feet and it is a destination for all ski and mountain lovers of the area.

Surprisingly, there is no shortage of options for those who wish to ski a stone's throw from Rome. The ski resorts are accessible from the capital and in some cases, by bus. Under two hours from Rome is the Ovindoli ski resort, in the province of L'Aquila. Expert skiers appreciate the resort for its seven black slopes covering a total of five miles. Experienced skiers will enjoy Pistone, which, from Monte Freddo at an altitude of 6538 feet, takes the brave down to the start of the gondola lift with a 1771-foot drop. The slopes of Ovindoli are served by 11 lifts, and for lovers of night skiing, the Dolce Vita and Topolino slopes are lit until 7.30 p.m. on some evenings. There are two snow parks, and the resort offers cross-country skiing, alpine skiing, and hiking.

Skiing in Tuscany is a real possibility. It has over 31 miles of ski slopes in four beautiful valleys: the valley of Sestaione, the valley of Lima, the downstream of Scoltenna, and the Val di Luce. The Abetone ski area, in the heart of Pistoia, is a paradise for ski lovers and winter sports fans. It is the biggest ski area in central Italy. It is famous in Italy for the quality of its slopes, the variety of its winter sports, and its natural beauty. Abetone’s slopes consist of 18 miles of red slopes and eight miles of blue slopes, served by a well-structured system of 21 lifts, including chairlifts, ski lifts, and conveyor belts. There are two circuits for cross-country skiing, spanning nine miles.

The Emilia Romagna region provides plenty of reasons to wear your ski jacket and experience the snow of the Italian Apennines. The resort of Cimone sits in the Province of Modena and is the largest in the Italian Appennines. For skiing and snowboarding, there are 31 miles of slopes and 21 modern, fast ski lifts, all accessed with the same ski pass. The resort is situated between elevations of 900 and 6482 feet. The Ninfa Snow Park includes jumps, rails, and step-ups for all levels.

Cortina d'Ampezzo is in the heart of the Italian Alps renowned for its landscapes, heritage, and winter sports. Known as the "Pearl of the Dolomites," the stylish resort boasts a centuries-long tradition of the sport. Italy held its first Olympic games here in 1956. It’s been decades since James Bond hit the slopes here in For Your Eyes Only, but skiers can still follow in the tracks of the 007 on the Stratofana Olimpica piste — today a women’s World Cup run. The resort has lots to offer in the way of off-piste skiing. The Val Orita is a wide valley with 3937 feet of vertical. Sci 18 is one of the region's most famous backcountry routes. There are 74 miles of slopes, good accommodation options, and delicious cuisine for dinner. Italy’s most glamorous resort is set to be the host town of the Winter Olympic Games Milano in 2026.

Many skiers flock to Madonna di Campiglio, which is one of the major ski centers in the country. It forms part of the famous Skirama Dolomiti ski area. The resort is surrounded by the Adamello Brenta Nature Park, the Brenta Dolomites mountain range, a glacier, and lakes. The resort takes up 92 miles and contains 39 easy pistes, 25 intermediate runs, and 18 difficult runs. Madonna di Campiglio is an excellent resort for intermediate skiers and those who enjoy gentle skiing. Some of the easier pistes are in the high, open Grostè section, and there are easy runs in the more tree-lined Pradalago area. After a day enjoying the snow, there are lively apres-ski bars in Madonna di Campiglio.

Here you will find Courmayeur, also known as Italy's gourmet ski town. Mont Blanc forms the backdrop to this elegant mountain town. As home to some of Europe’s best ski terrain, there’s an opportunity to work up an appetite. Courmayeur offers heli-skiing, off-piste skiing, and cross-country skiing too. Its 33 slopes have varying levels and changes in altitude. With pistes as high as 9,038 feet and snowmaking systems, there is always snow.

The Skyway is not to be missed. Board one of the spaceship-like rotating aerial trams and you’ll enjoy alpine views during the 7100-foot climb. With over 62 miles of slopes and off-piste on two sides of the mountain, Courmayeur is good for experts and beginners. The resort has ski and snowboard schools; premium chalets and restaurants; and the chance to enjoy an apres-ski aperitif while overlooking neighboring Mont Blanc.

So, there you go, In Italy, you really can ski yourself from south to north—as long as it is the right season, of course!

Amanda Akien graduated from The University of Wollongong, Australia with an MA in Journalism with Distinction. Her writing has appeared in international travel magazines, as well as The Guardian newspaper. Although Amanda is based in the UK, she has traveled throughout Italy, even interning at a major modeling agency during Milan Fashion Week. Her favorite region is Tuscany - she loves Florence and is also partial to a glass of Montepulciano d’Abruzzo!